Recently I wrote to explain why MSHA (U.S. Government) might have insisted on changing U.B.B’s ventilation plan.  Here, I will attempt to explain MSHA’s forced idling of continuous miner scrubbers.

“Scrubbers” were invented to protect miner’s health in the 1970’s.  They provide multiple advantages for miners.  They also:

Despite these facts MSHA refuses to allow many mines to operate their scrubbers.  MSHA provides no explanation for this.

In the past any coal operator who did not run his scrubbers would have been subjected to fines and perhaps jail time.  Today in many mines it is the opposite, if an operator runs his scrubbers he is subject to jail time.  Why has MSHA without legislation or supportive research made such a change?  Neither the laws of man nor the laws of nature have changed.  How can forcing such a change be explained? 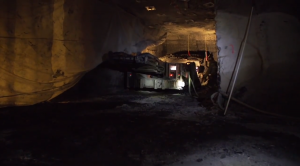 What really happened at the Upper Big Branch mine? What is the Government covering up?

Some miners think its part of the war on coal. They say MSHA thinks that if the mines are allowed to run their scrubbers that MSHA is under pressure to grant the mines extended or longer cuts.  The operators believe that extended cuts would be more productive and since the government doesn’t want that they force the operators to idle the scrubbers. If true this makes no sense as MSHA does not have to approve extended cuts whether or not the scrubbers are allowed to run.

But there could be another explanation, in fact the same explanation that led to their changing the UBB ventilation system.  Since MSHA’s leaders experience is greatly in Pennsylvania mines with high gas levels that ventilate differently than most of Central Appalachia’s mines they may have failed to recognize the need for high volumes of airflow at UBB.  It may follow then that since some of these same Pennsylvania mines also run without scrubbers that MSHA thinks that idling scrubbers is simply the transferring of another Pennsylvania mine practice from there to Central Appalachia.  Could this actually be?  It seems crazy but what explanation can there be?  Whatever the reason idling scrubbers is horribly wrong.

In the Pittsburgh seam in Pennsylvania the longwall gate development sections are ventilated with fans and duct work.  Therefore they do not need scrubbers.  But in Central Appalachia idling scrubbers’ borders on insanity.  Why?  Because scrubbers can remove over 90% of the dust and can reduce methane in the working face by up to 38%.  Just like with UBB’s ventilation plan MSHA’s actions are dangerous to miners.

The scrubber debacle is eerily similar to the UBB ventilation change.  Both of these changes have been made without local input nor scientific evaluation.  Surely we can all agree that causing coal miners to be less safe or less healthy is not acceptable.  MSHA must behave differently if we are to keep the politicians promise.  ubbneveragain.com