The effort to get the truth out about what really happened at UBB this past month was significantly successful. However, there is much yet to be done.

It’s obvious that Obama’s West Virginia Congressional delegation doesn’t want the truth to be known. More interesting is that they obviously know the real truth.

Just ask yourself, if what I am saying about UBB and MSHA were not true would the politicians be responding the way they are? Would they be saying I have blood on my hands as Senator Manchin did? Would they be saying they were lied to about who funded the video? Would Senator Manchin be talking about a Federal criminal investigation? What they say is all about intimidation and diversions and not about the facts surrounding the explosion. 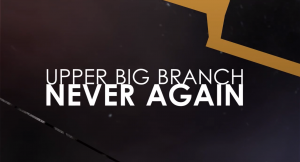 As to scrubbers, if they believed MSHA should be turning them off they would be saying that the turning off of scrubbers has been proven to be a good mine practice. But no, they instead simply do what MSHA does when coal miners ask about the scrubbers. They ignore the question. They simply do not answer.

The government’s strategy is clearly to say nothing and to be sure others are afraid to say anything. They have learned the truth for themselves by now if they didn’t know it before. They know that natural gas did cause the explosion. They know that coal gas nor coal dust, played any meaningful role. They also know by now that MSHA’s idling of scrubbers is a fact and that it makes no sense at all to idle them.

The West Virginia Congressional members know that MSHA has either demonstrated pure ignorance about mine accident investigation procedures or outright lied. The problem for them is what to do at this point. They know the truth is not on their side, and so their strategy has become one of hunkering down and hoping Don’s media blitz passes over. In other words, keep the truths hidden by silence and diversions. The hiding of the truth is more important to them than miner health and safety.

The government and Obama’s West Virginia Congressional team have to keep the truth in a box. It’s the old saying that they “can’t handle the truth” so they must keep it locked up. The longer they keep it locked up the worse it will be for them when it gets out.

The next video that we will put out will make the truth even more clear. First, UBB was purely a natural gas explosion. Second, nothing has been done to keep the politicians “never again” promise. Third, the turning off of mine scrubbers by MSHA cannot be justified.

As I tweeted recently “the truth hurts the untruthful.” The government must keep the truth locked up as they are the untruthful. They control the media and they intimidate coal companies and coal miners so that they are afraid to speak out. Lies and intimidation, that’s the way the governments of places like Indonesia and Kenya have hidden truths for decades.