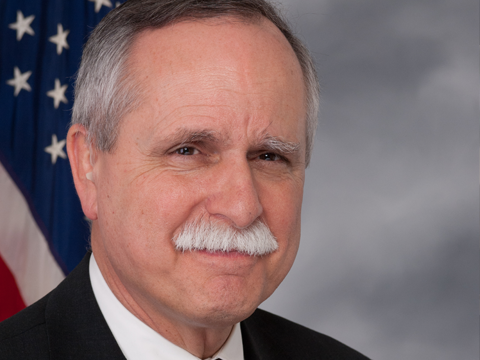 Thanks for responding to my letter. Naturally I am disappointed that you did not address all of the questions, particularly the two easiest ones. Are you aware that the Mine Safety and Health Administration is requiring coal companies and miners to idle continuous miner scrubbers and have you looked at the natural gas samples?

You also say in your letter that there are several reports concerning the UBB accident. You mentioned some completed by outside organizations but I am not sure what you are referring to there. As for the MSHA report and the Davitt McAteer report these are not investigations but rather political documents.

Let me clearly emphasize that I very, very much appreciate your response and your invitation for me to send you my suggested legislative changes. The most fundamental of my recommended changes are noted in the documentary which aired on TV this past weekend.

The first and most easy legislative action is that the law must be changed to prohibit MSHA from forcing mines to idle their scrubbers. The National Institute of Occupational Health Safety is charged with the responsibility of protecting workers. They recently completed a study which concluded that MSHA does not recognize that scrubbers are a part of any ventilation plan and that scrubbers are beneficial to the health and safety of coal miners. Surely Congress can require that the recommendations of the government agency in charge of protecting workers be adhered to. How else can this agency protect workers and achieve its purpose?
Second, as sad as accidents are they always offer an opportunity for lessons learned. However, if a coal company and the government regulator (MSHA) are the only two entities investigating an accident, neither is conducting an independent investigation. Both the regulator and the company are conflicted. There may have been failings by both or neither. Therefore, like with the separation of the NTSB and the FAA, there must be an independent agency to investigate all fatal mining accidents. Perhaps again NIOSH could be that entity as they already exist and have much of the expertise necessary to do mine accident investigations, and are already responsible for protecting workers. This separation must occur if miners tomorrow are to have the safety benefit of accidents which are occurring today.

Third, MSHA’s capricious behavior regarding mine regulation and policy must be stopped. MSHA oftentimes unilaterally and without sound reasoning or research imposes their preferences on mines in regards to general mine ventilation, mine face ventilation, cut sequences, scrubbers, belt air, and many other mine processes. As with scrubbers these capricious actions are often in conflict, not only with what mine operators believe is best for the safety and health of their miners but also with NIOSH studies, and most importantly with the miners themselves The Congress can no longer allow MSHA to dictate mine practices to operators, workers, and NIOSH with no basis for what is being dictated. In fact, many, many times the process a mine is being made to use is completely contrary to science, historical practice or common sense.

Fourth, a fresh look at the natural gas phenomenon that occurred at UBB needs to be undertaken from a geological viewpoint and with an eye toward extra ventilation safeguards. Mining over large reservoirs of natural gas needs to be undertaken with extreme care. Ventilation standards when mining in areas of this nature need to be adjusted to account for the possibility of rapid gas inundations. Miners and mining engineers need to be trained to recognize circumstances wherein the risk of such an inundation is increased.
There are dozens of other tangible, effective and easy to make legislative changes which would save miners lives. One example I do not site in the documentary is mapping standards. Mapping is critical to the safety of coal miners. Depth of cover, hazards such as gas wells and old mine works, locations of stopping doors, and on and on are vital to having a safe coal mine operation. Yet little effort has been made to modernize or to standardize mapping. Both the Aracoma mine accident and the Quecreek mine near-miss tragedy were greatly the result of mapping issues.

Another area that needs legislative focus is identifying a process for MSHA and coal companies to use in resolving differences of opinion as to mine practices at a particular mine. If a mine believes its best for them to use blowing face ventilation for example, and MSHA believes it best to use exhausting face ventilation, there needs to be a better way to resolve the difference of opinion than the company simply having to do what MSHA says or else. As I hope you can see by now the opportunities available for improving mine safety are ripe with low hanging fruit.

Also, much needs to be done in the area of training and communication with the workers. A frequent safety issue that needs to be dealt with by using more education and training involves retreat mining. Miners are not adequately aware of the risk of removing more coal while retreat mining than the plan allows for. A miner’s focus is naturally on the roof and the surroundings he is mining in and can see. He may not be aware of the depth of cover and the increased possibility of a “coal burst” if he removes more coal than the plan allows. “Coal bursts” can be deadly as they were at the Brody mine in West Virginia recently and in Utah several years ago. Speaking of Utah, you could at least pass legislation that doesn’t allow MSHA to do media mine tours during a mine rescue mission.

This letter is lengthy but there is plenty more it could say for the sake of our miners. One thing is certain. Truth and effort will save lives. Lies and laziness will cost lives. Thanks again for your letter. I would also appreciate some timely feedback on this letter and I know thousands of miners would as well. I hope we can work together to get meaningful legislation introduced and passed that will help send miners home safely every day.

Thanks again for both your response and for you interest in miners.